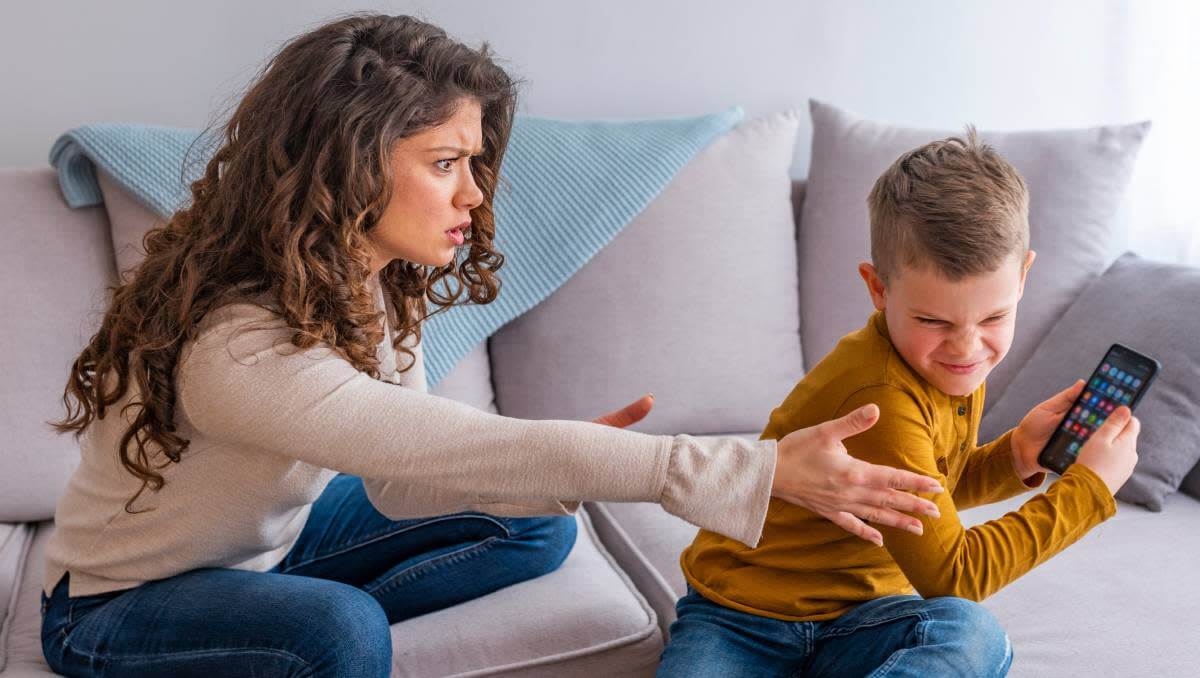 When I was a child, my parents had a highly structured after school routine for me. I would come home from school, have some snacks and do my homework, then play outside or with friends until dinner. With the advent of social media, cell phones, and video games, there are more distractions than ever that keep children indoors and online.

An hour can pass in no time at all when your child is engrossed in a video game or on Instagram. While many parents want to give their kids the freedom to be independent and figure things out on their own, experts warn that too much unsupervised internet use can lead to a host of issues with kids.

There are many reasons why parents should limit internet time after school. The first is the risk of online predators. As technology advances, there are more ways for people to connect with children online than ever before.

You will be hard pressed to find a kid who does not have an account on a social media site like Facebook or Twitter. While these sites have privacy features built in to protect kids from strangers contacting them, it’s still up to the parent to monitor their child’s activity rather than leaving them alone with their phone or tablet.

It’s not like parents can’t monitor what their kids do online; most have the ability to control how much time their children spend on the Internet after school. But just being aware of it isn’t enough—many kids are more tech-savvy than their parents, and can find ways around parental controls in order to get online anyway. Parents need to put a stop to this by setting a limit on how much time is spent online after school on school days.

Kids who get online after school may seem fine at first glance, but there are some major side effects of spending too much time on the Internet that parents should be aware of: Kids who spend too much time surfing Facebook are affected more than those who spend time on other sites, because Facebook encourages conversation and commenting. This gives them an illusion of popularity and acceptance—an illusion that can cause depression when they find out that no one actually cares about them.

Why Parents Should Limit Internet Time

The truth is that there are pros and cons to electronic devices, but it’s up to parents to decide how much time they want their children spending online. Here are some reasons why you should limit internet time after school:

One of the biggest benefits of limiting internet time after school is that it forces kids to interact with each other face-to-face instead of through technology. This gives them opportunities to build relationships, which will help them when they’re older and have jobs where they need to get along with others in order to succeed.

➡ Why do Schools Block everything?

Another reason why parents should limit internet time after school is because it helps improve concentration levels among children. Studies have shown that those who use social media sites such as Facebook and Instagram frequently tend to lose focus more easily than those who don’t spend much time online at all.

It can harm the brain

Children’s brains develop at a faster rate than adults’ brains. As a result, they are more vulnerable to negative influences from the outside world. One of these influences is excessive screen time – spending more than two hours a day in front of screens can increase the risk of depression by 17 percent . This is because staring at screens activates certain parts of your brain that control emotions and feelings, which makes it harder for you to experience positive feelings .

The more you are exposed to something, the more chances it will be addictive. This can be seen in gambling and drug addictions as well. If you spend too much time on the internet your mind starts getting used to it and wants more. This can lead to addiction and other problems like depression or anxiety which might make you feel worse than when you started using the internet in the first place!

It can increase anxiety levels

Children who spend too much time online may develop anxiety problems because they struggle with face-to-face interactions with other people. A study found that teenagers who spent several hours per day on social media were three times more likely to suffer from depression than those who take part in outdoor activities.

They can’t do homework without supervision

When children aren’t supervised by an adult, they’re more likely to get distracted by other things that are going on around them — like playing a game or texting friends instead of doing homework. Parents should set a time limit for each child’s internet usage and expect that he or she won’t have access after that point unless it’s an emergency situation (such as needing help with homework). This will help ensure that your child stays focused on his or her work until it’s done and doesn’t start getting sidetracked by other activities online.

It can disconnect you from reality

Spending too much time on the internet can make you forget about what is going on around you and disconnect from reality. You might miss important events such as birthdays or anniversaries because they don’t happen online and will not appear in your news feed unless someone tells you about them in person.

Cyberbullying is when people use social media or text messages to hurt others physically or emotionally. It can include harassment and threats of violence, as well as spreading rumors about someone else. Studies show that cyberbullying increases when kids have more access to the Internet — especially after school.

Pornography is often considered a part of normal sexual development in adolescence, but it can lead to the development of unrealistic expectations about sex that may prevent teens from having healthy relationships later in life. And exposure to pornography at an early age has been linked with increased rates of risky sexual behavior among teens.

Online predators are adults who trick children into meeting them offline through chat rooms or social media sites such as Facebook, Instagram and Snapchat (which kids use more than any other social network).

It can lead to poor sleep habits.

The blue light emitted from electronic devices such as tablets and smartphones contains high levels of energy that make it difficult for people — especially children — to fall asleep at night when they need it most.

Here are some tips for limiting Internet time after school:

Once you’ve set up your schedule, stick to it. This can be hard, especially if your kids are already used to having unlimited access to the Internet. However, it’s important that they learn boundaries and limits early on. If they’re allowed unlimited access now, they’ll expect it when they’re older and more independent as well.

It can help if everyone signs an agreement about Internet usage after school and during weekends or summer vacation. You may find that your kids need extra incentives (like earning points toward a reward) in order to follow this agreement because it requires self-restraint on their part—something most children don’t have much experience with yet!

Establish a limit on screen time.

Set up a schedule that limits how long your child can spend online each day. Be realistic about the number of hours available, though; remember that there is a difference between Internet use during the school day and after school.

Help your child find other activities that interest him besides Internet use so that he has other options for entertainment when he gets home from school each day. Participating in sports teams at school or in community leagues can provide opportunities for physical activity while also helping kids make friends who share similar interests.

You can block certain sites or apps on your home network by using parental controls built into most routers (look in the router’s manual). It’s easier than ever to give yourself peace of mind by blocking access to social media sites during homework hours or bedtime hours.